So, where’s my apology, Prime Minister? 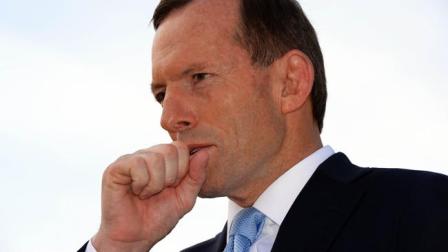 Whilst you’re busy being apologetic to all and sundry over the role your Coalition played in damaging relationships with multiple international neighbours, and given that you’ve couched the offers of contrition in terms of that very behaviour:

“I offered an act of contrition, if you like, to Prime Minister Najib for the way Malaysia got caught up in what was a very intense and at times somewhat rancorous debate in Australia. He knows we play our politics pretty hard in our country. ”

I’m compelled to ask, “Where’s my apology”?  Quite seriously, Sir, where is it?  Is it still being drafted perhaps?  One hopes so.

It is clear that you believe the dynamics that have been created by your own behaviour have been deleterious to our relationship with Indonesia, Malaysia and PNG respectively.   Do you imagine they are not equally destructive of your relationship with the Australian people?  After all, they are the ones for whom you ought feel the greatest degree of obligation, duty and respect, right?  If there is indeed something to be contrite about, as evidenced by your own words, then where is your domestic expression of such contrition?   I await it with keen and fervent interest.

You are retreating from a six-year campaign of asylum seeker attitude, if not actual policy, at a speed that casts a shadow of doubt over Einstein’s Theory of Relativity.  Was all the pontificating over that period merely empty bombast that one might reasonably characterise as a form of cynical social engineering?  Your posturing on the international stage thus far gives every indication that such a perception has merit.

You consciously and with malice aforethought whipped up a fetid frenzy of fatuity regarding the entire asylum seeker issue, and now you want to offer gestures of repentance to everyone save those to whom you owe the greatest responsibility?   I hesitate to descend into the realms of the scatological, but screw you, Sir.  But then, perhaps I’m being unduly pessimistic.  Perhaps you are indeed drafting just such a domestic expression of regret with all the punctiliousness that such a thing deserves.

I, and perhaps a few others, would very much like this to be so.